Whistler, Bears And The Sunshine Coast 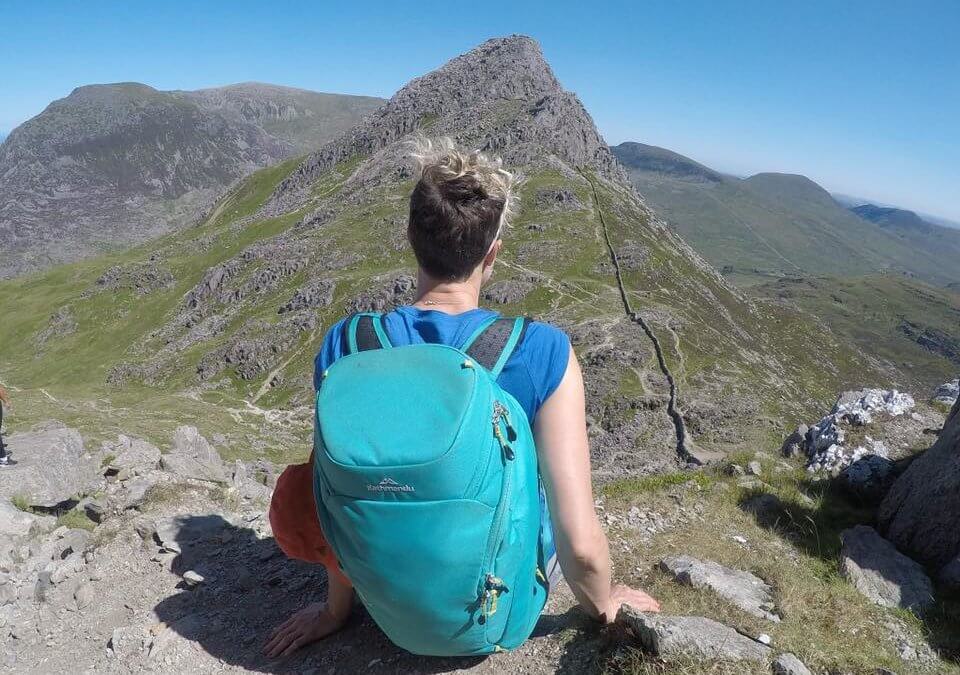 Bonjourno mi amigos, it’s been another eventful week on the road, with a mix of sights, sounds and smells (the smell is mainly us). I left you last as the two intrepid explorers fled Vancouver Island for a return to the mainland…
THE SUNSHINE COAST
After catching the Ferry to Powell River, we worked our way down Vancouver’s ‘Sunshine Coast’. A fair attempt at a name – there was indeed sunshine and coastline, although the ‘Sunshine (roller)coast(er)’ Would be more descriptive. Up. Down. Up. Down… Up. On the plus side, we didn’t have to wait in line, there was no height restriction, and no photos were taken of our screaming faces – with a view to mounting as a gift for loved ones at the end.
After 2 days of riding the Sunshine Coaster, we rolled into the town of Gibsons. Hanging out in Wendy’s, using the free Wifi and chomping on the obligatory doughnut, an Englishman named David overheard our camping chat. Following a phonecall to his wife to check he didnt sound like a sexual predator, he tentatively asked if we’d like to camp in his back garden. So that night we ‘Mild camped’ in Dave and Claudette’s yard – with 5 acres of forest as their own, I’m still claiming it was partially ‘wild’.
They introduced us to ‘fireballs’ (Cinnamon whiskey) and regaled us with the tale of how they met. Turns out thay they were possibly one of the first successes of Internet dating back in 1995. Claudette had begun posting on a pen-pal forum, a crude type of Match.com if you will, and Dave had started to post back. One year, and a $700 international phone bill later, Dave finished his studies in Edinburgh and (ab)used his £3,000 graduate loan to buy a ticket to Canada. The rest is history. Ain’t that just lovely?

WHISTLER
Leaving Dave and Claudette, we began our Pilgrimage to Whistler. Everyone knows theres only one road in and out of Whistler (I didn’t, but Sssssh). Built for the Winter olympics in 2010, its Route 99 or the ‘Sea to Sky Highway’. Now surely this road does what it says on the tin? Eeeee uuuuuh. It is a highway, which does start at the sea, and move in a general Sky-like direction, but it takes the ‘sea-sky-sea-sky-sea-sky’ route to get you there (ahhh – that ole chestnut eh?). There’s nothing more frustrating than knowing you need to climb 5,000 feet in 63 miles, only to be greeted with a stellar descent after each uphill effort. 30 miles in, and having been plunged back to sea level for the 5th time, we finally began to climb consistently. At this point, as if by magic, a little tailwind arrived. I stand strong in my belief that this was the sheepish Highway 99’s doing – trying to make up for its miles and miles of deceit, “Sorry about that”’ it whispered, pushing us gently towards the sky at last.
Now, I’ve heard mixed things about Whistler over the past few weeks. Some locals thought it too ‘touristy’, and not the ‘real’ Canada, while others said it was worth a visit, but more a destination than a place to enjoy a journey to. I adored it. It’s absolutely brimming with life. You can’t help but be swept along with the hoards of men, women and teeny kidlings, wheeling mountain bikes around with a constant look of ‘It’s Christmas’ on their faces. There are ‘courtesy tools’ to fix your downhill MTB machine, and the streets are immaculate. It reminded me a lot of Disneyland (Lord knows I love Disneyland). Had it not been for the fact that you burn through money like you are actually hanging with Mickey et al, I might have stayed a little longer. To top it off, the scenery for hiking is out of this world and there are hansome, rugged, outdoorsy looking fellas everywhere. (Yes, Mum – I noticed the male specimens. No – you’re not getting any grandchildren as a result. Down Mum, down girl.)

BEAR O’CLOCK
Over the last week or so, we’ve becoming increasingly familiar with the reality of living in and around bears. Dave and Claudette had warned us that they’d seen the furry beasts in their back yard countless times (see – ‘wild’ not ‘mild’ camping), and on the road up to Whistler we began to see signs ‘Bears for the next 60km – Do not feed the Bears’. Which left me thinking who in the heck would be stupid enough to offer the bears a bite of their BK whopper? Probably someone who deserves to be the Bear’s Whopper. On the first night at the Whistler campground, we were woken by a girl in the tent next to us, screaming and swearing blind she’d just seen a bear in the bushes. If I’m honest I was a little frightened – Although when the claim “Its a fricking Bear!’ is made in the same sentence as ‘I like, totally danced on the bar, and did a tequila shot off his chest’ you’re less inclined to believe the damsel in distress.
The following day however, there was no mistaking it – we saw a bear on the edge of the forest. Lydia spotted it first and squealed with excitement. I followed suit. It was very cool, we were not. That night at the campground, some sensible mum types at the washroom were discussing that a bear had been seen nearby 10 mins earlier. Unless they’d replaced that washing up liquid with tequila…. I was more inclined to believe this source than the previous one. Cue a few freaky dreams.
What I’m learning is that, yes there are bears, but funnily enough they’ve got better things to do than try to attack you. The signs and advice don’t say ‘Bears! Run for your life!’ they simply ask you to be ‘Bear aware’. That is, don’t create situation where you encourage a bear to come into contact with humans and risk a confrontation. Put your rubbish in the bin, don’t leave food out, cook away from your tent and if you see one – move away and move along. I’m pretty sure the bears aren’t that keen on hanging out near us either, but we did sort of build all over their habitat, and didn’t leave the poor buggers with much choice. In Robert Southey’s tale of Goldilocks, he describes the bears as ‘good natured, trusting, harmless, tidy and hospitable’. But back them into a corner, eat their porridge, sit in their chairs or sleep in their beds and they’re going to get pretty pissed off. It makes sense. You would too.

ONWARDS AND BACK TO VANCOUVER
Leaving Whistler and heading back down the 99, we’d almost forgotten about that lovely tail wind on the way in. Imbeciles. Although the majority of the return was a gradual descent – we ended up with a tasty cross-headwind. To add insult to injury, the cycling shoulder got quite narrow at points. Sandwiched between a rumble strip on the left, and a crash barrier on the right, with a cross-wind blowing a gale, keeping the bike in a straight line was like wrestling a Hydra. Further down the line the scenario repeated, except there’d be a few drain covers thrown in for good measure. I began to wonder when the swinging axes, rolling boulder and Indiana Jones theme music were going to kick in….
I’ve now stopped in downtown Vancouver for a few days to prep for the next stage in Alaska. I’ve a bit of knee niggle to deal with and 4 broken panniers being held together with Gaffa tape and shoelaces (I’m saying nothing about the brand …. just yet). So I’m doing dull life admin, catching up with a few long lost mates here and looking to explore some of the many community bike projects that the city has to offer. Vancouver supports a truck load load of ‘Earn a bike’ schemes for kids, and many shops run on a volunteer basis, offering free tool use to help teach people how to fix their own bikes.
Being off the bike I feel unbelievably guilty, and I’m just itching to get back on my pink steed. But all in good time, my pretties, all in good time…